I was in my 3rd. year at the University of Windsor (after taking a year off) located in Windsor, Ontario, Canada; the border city to Detroit, Michigan.

I lived in a red brick duplex, a two bedroom converted into a three bedroom by making the supposed living room an additional bedroom – by adding a futon and a dresser – this was my room. It worked. I had two roommates – girl friends. We all made do, and lived our most fun, adventurous lives. It was by nature adventurous, because we were away from home discovering ourselves, our boundaries our limitations, our beliefs and our politics.

I had a boyfriend whom I loved with all my heart; he lived in Toronto 3.5 hours away. Albeit, we had broken up a few times.

Detroit was just a hop skip and jump across the bridge or the tunnel. I studied and I played and took the odd job to pay for the much anticipated spring break getaway.

I was having the best time of my life. I only wish I knew it back then, so I would have “mindfully” basked in the elation and not allowed the small insignificant worries to take away from the absolute joy. Of course at the time they didn’t seem small but with age and experience comes awareness.

On this particular night I was dressed to go hang out with my friend *Rob . I was excited and happy. Rob and I were platonic friends. Rob had confided in me a few days before that he was gay. Prior to him telling me, he would go out and not include me, I began to feel excluded; our friendship had been going on a couple years – we had met at the University. So I was feeling pleased and honored that he trusted me with his secret, and that he finally felt that I would have accepted and embraced him regardless of his sexuality.

With the knowledge of his lifestyle now shared – he felt comfortable to invite me out. We were heading to a gay underground bar in Detroit.

As we walked in, the music was booming, in a nondescript black bar, no fancy décor, no windows, in fact it was more like a warehouse and a bar set up for drinking. It was buzzing with people, mostly men. Masculine, Black men; there were a couple of effeminate types and transvestites but for the most part, they were strong, tall, masculine, clean cut, some corporate – looking and some thuggy-looking.

I was a sociology major, I observed. Men were on the dance floor with their partners – slow dancing, close, intimate and tender – the same way I would have danced with my boyfriend countless times.  I was shocked, speechless, but I played it cool – I was taking it in, learning. The shock wasn’t necessarily seeing the men together, it was more that they didn’t fit that stereotype of a gay man – you know effeminate, high pitch voice, slim, flamboyant. They were dudes – big, strapping, masculine, with swagger and testosterone-loaded. Men that my girlfriends and I would probably take a second look at walking down Michigan Ave.

I felt like I was in another world. I was. I was in their world – a safe space to be free without judgement, violence, disapproving glances or general homophobia.

Rob was enjoying himself … leaving me to go check out a potential love match.

It was the end of the night, and as we left that non descript nothing special bar, it dawned on me. I was entering into a different world – both figuratively and in reality. My world changed in those moments in the bar, it expanded and pushed the boundaries of a mindset I had all my life.

It gave me a deeper understanding of Rob’s reality. I realized the simple things I took for granted. For instance, I was able to freely walk the streets hand in hand with my boyfriend and even steal a little kiss on the lips if my heart should move me to do so. Anything short of explicit sex, and we were ok; there was no threat to our lives. For days after, different things came to light, literally jumped out at me; I was “woke”. I noticed all the ads on the billboards and the television commercials about love and family showed White heterosexual couples. All the laws on marriage were for men and women joined in “holy” matrimony. The society was built on and infused with the acceptance and elevation of love and loyalty shared between a male and female; both systemically and culturally.

It was in those moments, those days following, I realized my heterosexual privilege. One that I had without knowingly, taken for granted … not even a thought.

But while I was going through my awakening, in 1992-Canada, Rob (and most gay people at the time) was dealing with the fear of coming out and to whom. He was attuned and acutely aware of the behaviors and violence that began with the words fag, faggot, fairy, flamer, sick, abomination, chi chi man, batty man, batty boy, not to mention religion and the religious; as well as, the possibility of discrimination at work or on campus.

As for those other men in the bar and their possible stories; some were likely in the closet dealing with the daily stress of living a double life – married with kids; or in full-blown relationships with women. Some were probably living lonely and alone. They didn’t want to be disloyal or betray these women nor did they want to be alone but they didn’t see another choice – to be ostracized and abandoned by family and society; wasn’t an option.

On top of the three realities above: mine, Rob’s and a bar of strangers is the fact that we were also all Black living in a society that already deemed us second and third class citizens.

I’m a Black woman. By the nature of my being, in this Eurocentric patriarchal society – what privilege did I have? But now, I realized my own. I fit into the larger expectations of society, one intrinsic to the foundation  and its beliefs because I’m biologically attracted to men. Strictly dickly as they say! I never thought anything of it before that night. I wasn’t that naïve I had known that homosexuality existed, a boss I had when I worked in Town Shoes while in high school was gay. At that time I didn’t think about it – frankly, I didn’t really care about what he did in his bedroom and honestly he was just my boss not family or a friend.

Fast-forward 28 years, Rob is still a dear friend. We’ve both been through ups and downs; still living adventurous lives pushing society’s boundaries. Unfortunately, although there are now laws that acknowledge and legally allow marriage, adoption, Gay Pride parades as well as the existence of a political and powerful LGBTQ community, there are remnants of the past – Rob just a few years ago was attacked on the streets for his sexuality. The difference today is that any violence against someone that is a result of homophobia is now classified as a hate crime – homosexuals are now a protected class. And anyone who spews words such as faggot or fairy –are the ones ostracized (publicly anyway.) Oh and yes racism that is clearly part of any aggression is also classified as a hate crime. And in the last 5 – 10 years, commercials show Black, interracial and gay couples as families that eat cereal, do the laundry and take road trips! A sign of the changing times. 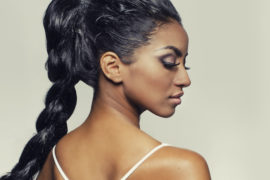