A couple of weeks ago, a close male friend suggested we do a piece on pubic hair. Yes: pubic hair or lack there of. Because there has been quiet discussions and lively debates between the boys on boys night;  women with their hair stylists, BFF’s, and over cosmopolitans. Also a week prior to his suggestion a female friend spoke of the vajazel she had tried on her vajayjay; that’s when you glam it up with a little bling. I thought that was sexy, maybe I would try it one day – which lead to the discussion of bare or hair. And because I don’t believe in coincidences I took it as a sign that maybe it was time to take the pubic public.Although interesting, I thought it maybe just a little too risqué to write about. Today we live in a world where nothing is private;  I’m a little old school, and I think some things should be left behind closed doors. However I was excited about the piece because it’s always interesting to get different perspectives – quite frankly, it has been an on going discussion with my girlfriends over the years on what they think is right and pleasing for their men. Plus, how else are we going to learn if not by opening up and speaking about stuff. On the same note, this is for mature audiences only.

While it’s a topic we would usually cover in Love and Relationship by our esteemed sexologists, I figured I would do my own little non-scientific research, especially since it is really based on preference.

I have to admit, my friend’s reaction was the same as mine and his words were pretty close to ones I uttered the first time I heard a man say he liked it bare. “What are you – a pedophile?” He thinks that it’s sick and he wouldn’t want his woman to be bare. He says a little hair is sexy and womanly. And I have to agree, not that it is sick but that is a womanly body.  Now don’t get me wrong, I think you should be groomed everywhere, edges nicely trimmed and lawns nicely manicured.

On the other hand I have another friend who likes his woman to be completely bare. He thinks it is cleaner. In fact, he also shaves his area bare. He is completely turned off, if there is hair. He thinks all sorts of “things” get trapped in there.

I decided to do an informal survey with more of my male and female friends to see if the reactions were all so extreme. The questions were short and slightly different for the males. I asked what they preferred (bushy, some/ neatly trimmed or completely bare) and why and whether bushy would be a deal breaker. I also asked age to see if that had any relevance. This is what I found out …drum roll please… the names have been changed to protect the not so innocent!

I prefer bare. It looks and is cleaner. I also like to go down on a woman and I prefer it smooth, nice and soft. The area around the sweet spot has to be bare.   It wouldn’t be a deal breaker however I won’t tolerate that 1970′s bush, there would have to be some kind of compromise. The nice trimmed hair on top is also pretty hot. Antonio, 43

Now that I’m in my 40’s I’m ok with bare. Prior to this stage I preferred hair, neatly trimmed. A bare vagina is definitely more inviting and lends itself to the joyful experience of oral sex. At times, hair if not maintained has a tendency to retain odours that limit the possibility of performing oral sex.  But hair isn’t a deal breaker. Ron, 43

I like neat and trimmed but I love bare. The reason is some women carry odours which may be trapped in the area due to all that bush. Not that they smell bad, but I don’t need to carry smells around for days. As well as I have friends who love the smell of others and consider it a turn on. For me personally a shaved or well-groomed pubic area says a lot about a woman. Roger, 41

I doubt that my opinion, on something I can only vaguely remember, is relevant, but always happy to donate my nickel. As you know, I am 71, so not getting as much as I used to (although the spirit is willing, and the flesh isn’t that weak). I don’t like it hairless – it’s not that pretty – but I also don’t like getting it caught in my teeth when exploring for the Girlz in the Hood, so a good haircut is always appreciated. Like most men, if we can cope with a little bouquet, some hirsutism is unlikely to be a deal breaker. Tom, 71

The ladies were also asked the above with an additional question: Have you gone against your preference to please your partner?

I prefer some hair neatly trimmed. I am an adult woman and I think it’s natural to wear some hair in my pubic region.  I like keeping it trimmed because I don’t want any hair peeking out when I’m wearing high-cut or thong underwear or a bathing suit. I was asked by a partner to shave it all off but I refused, primarily because the thought of having in-grown hair all over my pubic region was not particularly inviting and also I was not comfortable as an adult woman to be requested to shave it all off. I was asked by another partner to let it grow in all bushy, but I did not comply because I don’t like it that way. Lillian, 43

I prefer some hair neatly trimmed, because it is easy and fresh. I have never done any other way to please a partner, but I have friends that have.  Carla, 41

I prefer neatly trimmed. It seems unnatural for a grown woman to have her vagina look like a school girls should. I have tried bare for my boyfriend. Pam 45

I think bare is down right ugly. It’s like looking at a hairless animal. I think a little hair, low and neatly trimmed is sexy. I have tried bare  for an ex but it was very uncomfortable growing back. Arielle, 32

The results of this rather scientific study shows that most men prefer it bare however  don’t mind it trimmed but there doesn’t seem to be any love for  that “70′s bush”. Most of the ladies like it low and well kept.

Preferences aside, health is always top of mind and so I wondered if there might be any health implications to baring it all. So I went a little further and scoured the Internet  to see if there were any medical/scientific studies on whether hair served a purpose. After all, if women grow hair naturally, isn’t it because it has a biological function? Are we harming ourselves if we remove it? Or is it useless? It’s best to be armed with the info…because I know some of you ladies, will go bare to please your man (nothing wrong with that) but it’s always good to have the info. to base your decision.

My non-scientific, extremely superficial research gleaned the following: As far as the biological function for pubic hair, there doesn’t seem to be a deliberate known function. However,  the arguments made by medical experts for being bare or having hair supports both sides.

According to a study by Columbia University, the function of  pubic hair may include sexual attraction, it is believed that they may play a role in pheromones: the odours produced by the body to attract the opposite sex. They may help to emit the odours into the air.  As well hair may provide comfort, so that there isn’t friction and it prevents chaffing on the skin.

The con of a Brazilian wax or shaving to bare is that it can cause ingrown hairs, itching that can be very uncomfortable – especially if you have kinky or curly hair. But you know what they say: beauty is pain.

There you have it ladies and gentlemen-the choice is all yours! Whether you like it bare, trimmed cute and sexy, or bushy – group consensus is : Keep it clean!

Would you like to contribute to my non scientific research? Check out the polls below…they are completely anonymous! The top poll is for men and the bottom for the ladies.. Go ahead share and contribute to affecting the moral fabric of our society!

Liked what you read...spread the love.
Featured
0 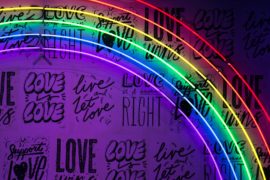 The Night I Realized My Heterosexual Privilege

Sex Ain’t Nothing But a Number: Really? 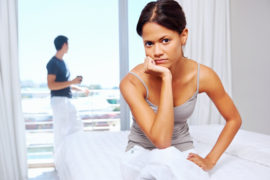 Lack of Sex: A Symptom of the Issues in Your Relationship