Is feta cheese made from cow’s milk or sheep and goat’s milk? The answer may not be as obvious as you think. I recently had a chat with my mother about feta, that’s Greek Feta cheese. She like most everyone takes for granted that the feta cheeses sold in stores are all made from sheep or goat’s milk or a combination of the two and are from Greece. I informed her, that it’s not necessarily so. In fact this was not the first time I had this same discussion. A close friend,  ever so gingerly – as not to embarrass me –  advised me that feta is made from goat or sheep after I questioned (while out) whether the feta in a spanakopita was made from cow or goat/sheep’s milk . She gave me a strange – you poor uniformed unexposed woman – look. I proceeded to tell her that some feta cheeses are actually made from cow’s milk. She left it alone and I’m pretty sure she felt she would leave me to my ignorance as a couple times after that when dining out and questioning any feta choices on the menu, she would give me a look. The fact is we are both correct – there was a time when feta was indeed exclusive to sheep and goat’s milk, but it has since changed, I’m not certain of when cow’s milk started masquerading as Greek Feta, but it has.

Why is this a thing for me? It’s not really, well yeah, it is kinda. I don’t drink/eat cow dairy due to an allergy and so it’s important for me to know exactly what kind of cheese I’m eating. I can and do enjoy goat cheese – crumbled, hard and soft.  Furthermore,  my 60-second chat with my mother made me realize that most people assume and take for granted that feta is the traditional goat/sheep cheese from Greece.

I’m here to tell ya, “it aint always so”. And if you don’t think it’s such a big deal, well the Greek cheese makers sure did, so much that courts have had to rule on feta to lower the tensions between the big dairy nations – Greece, France, Denmark and Germany. Trade agreements amongst countries have been drafted and implemented to regulate the world trade of genuine Greek Feta, it’s origins and who has the right to use the label.

To be considered authentic feta from Greece and to carry the coveted label – Greek Feta – it has to be produced in the designated regions of Greece that have been granted the “protected designation of origin”; they include Thrace and the island of Lesbos, Macedonia, mainland Greece, the Peloponnese, Thessaly and Epirus. The process and the use of sheep and goat to make the cheese is also a part of what contributes to the legitimacy of  Greek Feta. Those produced outside the regions listed above, and made from sheep or goat’s milk must state on their packaging, “Feta style/type cheese” – variations of this labeling in the same vein differ around the world. As well, there are also types made from barn-raised cow’s milk labelled feta; which clearly, is not genuine feta.

In 2013, Canada honored the legal decision and trade agreement. Our mere location makes it mandatory for Canadian cheesemakers to add “feta style/type cheese” to their packaging. However those companies who were using the term prior are still allowed to use feta but they are not allowed to package with any artwork alluding to their cheese being Greek.

Generally, in regards to cow’s milk feta, companies are clear in the ingredients about feta made from this source. An example is the popular Canadian cheese brand Krinos, one of their offerings, organic feta is actually made from cow’s milk: https://krinos.ca/products/organic-feta-cheese/. Many of the American made feta cheeses are also produced from cow’s milk.

Cow’s milk feta is perfectly fine for most, but for those of us who are lactose intolerant  it is a big deal; taking for granted that all feta is goat can cause a whole host of  -avoidable- health related problems if eaten unintentionally.   The reason I and so many others are able to digest the goat cheese easier than the cow cheese are the casein/proteins A1 and A2; cow is A1 and goats are A2 , and if you are lactose intolerant A2 is better for your digestion.

If you aren’t a cheese connoisseur and unable to tell the difference  in taste between the cow’s milk feta style cheese and Greek Feta (albeit,  goat and sheep’s cheese do have distinct flavors), the different source for feta may not be of concern  for you.

So there you go, the answer: authentic Greek Feta from designated regions in Greece are made from sheep and goats milk, while elsewhere there are many brands producing feta from sheep, goat  and  cow’s milk. Maybe now, my friend won’t give me the look, the next time we head out for a bite.

Check out our premium selection at  The Shop – https://www.lisaliving.com/shop-2/shop/

Traveling is one of my favourite things to do. It is one of the best forms of education – you learn first hand about other cultures, foods, politics, religions and social mores; in true context.  Instead of repeating what I’ve stated in other posts about travel, I’ve taken the following from a piece I wrote nine years ago, 2010 – It’s Your Year. Do You. No Apologies; because my views on travel haven’t changed.  Albeit, when you are young and believe yourself to be invincible, your adventures and the chances you take are different. When I look back, I think to myself, hmmm, I must have had an angel looking out for me. And now, although it is still important for me to have a real sense of the community I’m visiting I’m way more conscious of the safety and security of where I lay my head at night. I suppose that comes about because as you get older you become more aware of the things that could go wrong and your susceptibility. Not to mention comfort and luxury of a rated hotel over a youth hostel is a great deal more appealing at this point in my life.

Bullet point number two: Travel – I wanted to visit the various countries of the world but not as a tourist, staying on resorts and barely leaving the compound. How was one to learn about a culture and its people on a resort that caters to the guests? It never made sense to me, a resort in Timbuktu was the same as a resort in Cuba.  I wanted to live in different countries and learn about the culture, the people, the politics. I knew I couldn’t visit all the countries in the world let alone truly experience them in this way, so I selected two that were close to me – two places that are linked to my ancestry by way of Jamaica: Africa and China.

And so I joined an organization (Canadian Crossroads International) that allowed me to live and work for three months while experiencing life as a local. I went to Kenya during a summer break from university, which opened my eyes to many things…too many to mention. Suffice to say when I went back to school I was an eager participant in my classes, especially those focused on politics and women studies. Other political systems were not just theory to me, I actually lived in and witnessed first hand a different political influence and dogma.  Later on in my twenties I went to Korea and taught English; and although not China I did get to Asia. I also visited Israel for two weeks where I walked the path of Jesus. My thirties began with me living in Atlanta for two years.

I’ve visited other countries and islands, I didn’t have the luxury of living in these places but made the best of it by meeting and eating and visiting with the local people: Dominica, St. Barts, St. Martin, Grenada, St. Lucia, Spain, Morocco, Gibralter, Cuba, USA (California, Florida, Georgia, New York, Texas, New Orleans, Ohio, Michigan) and of course Jamaica. I have many more to visit (still would like to get to China) …and a few I’ve saved for my honeymoon – Greece, Seychelles and the Maldives. I must admit as I got older the luxuries of a resort were more welcoming, my spirit was still adventurous but I thought how many times do you have to stay in a hostel to know what it feels like (been there done that!).I’ve been to a few more places since that excerpt was written and still have many more on my list to check off my list.

Organic produce is better for us and on that I think most will agree.  What people differ on is whether they trust that a brand is authentically organic or just packaged with the same old pesticides but sold at the premium organic sale price. A healthy dose of skepticism is always good which is why you should always do your own research.

In Canada there are different certification bodies that assess, monitor and ensure the standards required for organic farming.  Products that are traded inter-provincially or internationally are  regulated by the Organic Federation of Canada. These certification bodies can give you some sense of security and comfort but if you are still skeptical you can always visit the farms if they are close enough to you.  A conversation with the store/retailer  will usually  glean their purpose, values and integrity. Some farms have videos that show how their processes work with produce and animals.

At the time this was published , with the exception of Quebec and British Columbia provinces do not have regulations that require producers or processors  of locally produced organic  to  have their operations certified. However, you can reach out to the province’s consumer protection bureau to confirm organic legitimacy. Also, keep in mind the certification process can be cost prohibitive for some small businesses.

The Organic Federation of Canada states the following:

It is very easy for Canadian consumers to identify organic products. 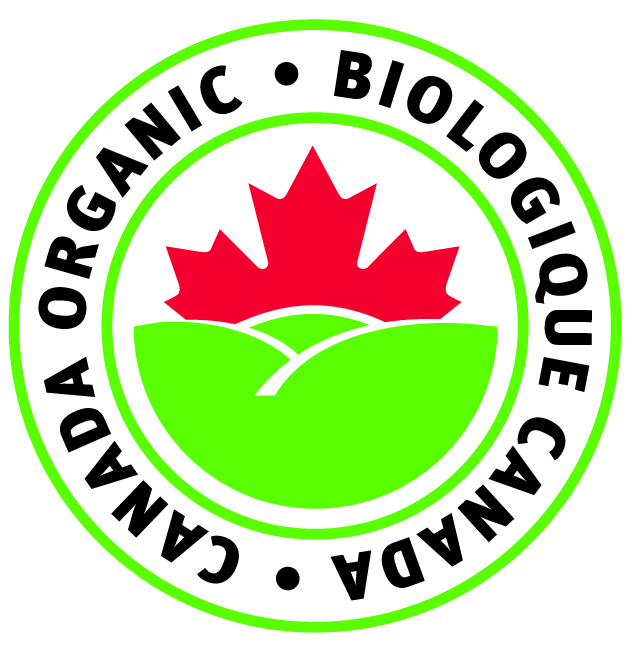 Beware of labels that tout “natural “ ingredients, this does not mean it is organic.

Should we trust organic labels? Most of us do not have the time to go the extra mile to make sure our products, especially organic products are as they say on the packages or in our produce sections; we hope and take for granted that regulations are followed and that our grocers are ethical and conduct business with integrity.