So I was at the gym, and saw one of the staff members, Michael wearing two different florescent shoes on each foot. I assumed  maybe, it was a new trend by Nike. I reasoned,  if the colours were so bold, then going that extra step to have two different colours wasn’t so far out there. I thought nothing more of it and continued my workout.

Then, I overheard one of the other members talking about it and he said, he asked Michael about his shoes. It turns out that he liked both colours so much, he bought one pair of each colour. However, when he was deciding on which to wear he couldn’t choose so he solved the issue by wearing one of each! I was intrigued by what I heard!

I asked him myself, he said, “I couldn’t choose which one to wear so I’m wearing both. I’m bold like that!” I absolutely loved his response.

This may not be your thing, then again that is what stepping outside the box is about, doing what is not necessarily the norm for you. But it doesn’t have to be anything major, one small act can be extremely liberating!

Michael’s, florescent shoes and natural response,  “I’m bold like that.” was my little pill of inspiration for the day!

What’s your, “I’m bold like that” move of the day?

Liked what you read...spread the love.
0 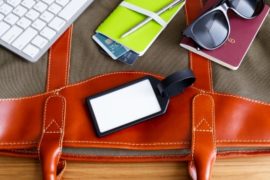